The Projects of the Foundation

To support projects of public utility, closely related to education and to the Rosey values, is at the heart of the role of the Foundation.

An education of excellence and a great cultural diversity are at the core of Rosean education. Therefore, the Foundation naturally invests in projects abroad that meet these criteria.

Independent in its choices, the Foundation plays a role of guide to the Rosey students. Organized in a steering committee, they are involved in a significant number of charitable causes.

Philanthropic projects focusing on education and child protection across the globe.

Whether it is about Gekko kids in Greece or the MWCT for the Massai community in Kenya, one single and same idea moves the Foundation : to raise funds to provide teaching in local schools and then ensure they can carry on in an autonomous way.

Rosey Abantara, the African sister school of Le Rosey, is about to become autonomous in its operation. The Foundation will focus its support in Mali on getting local scholarships.

Through the support of Le Rosey and the Foundation, over 1 400 young Malians are educated here. One school, one objective: obtaining the national Baccalaureate. With an exceptional success rate, Rosey-Abantara is one of the best private schools in the country. But the story does not end there. In October 2019, with the constant support of Le Rosey, a boarding project has seen the light of day: 82 beds, half of which are intended for young girls. 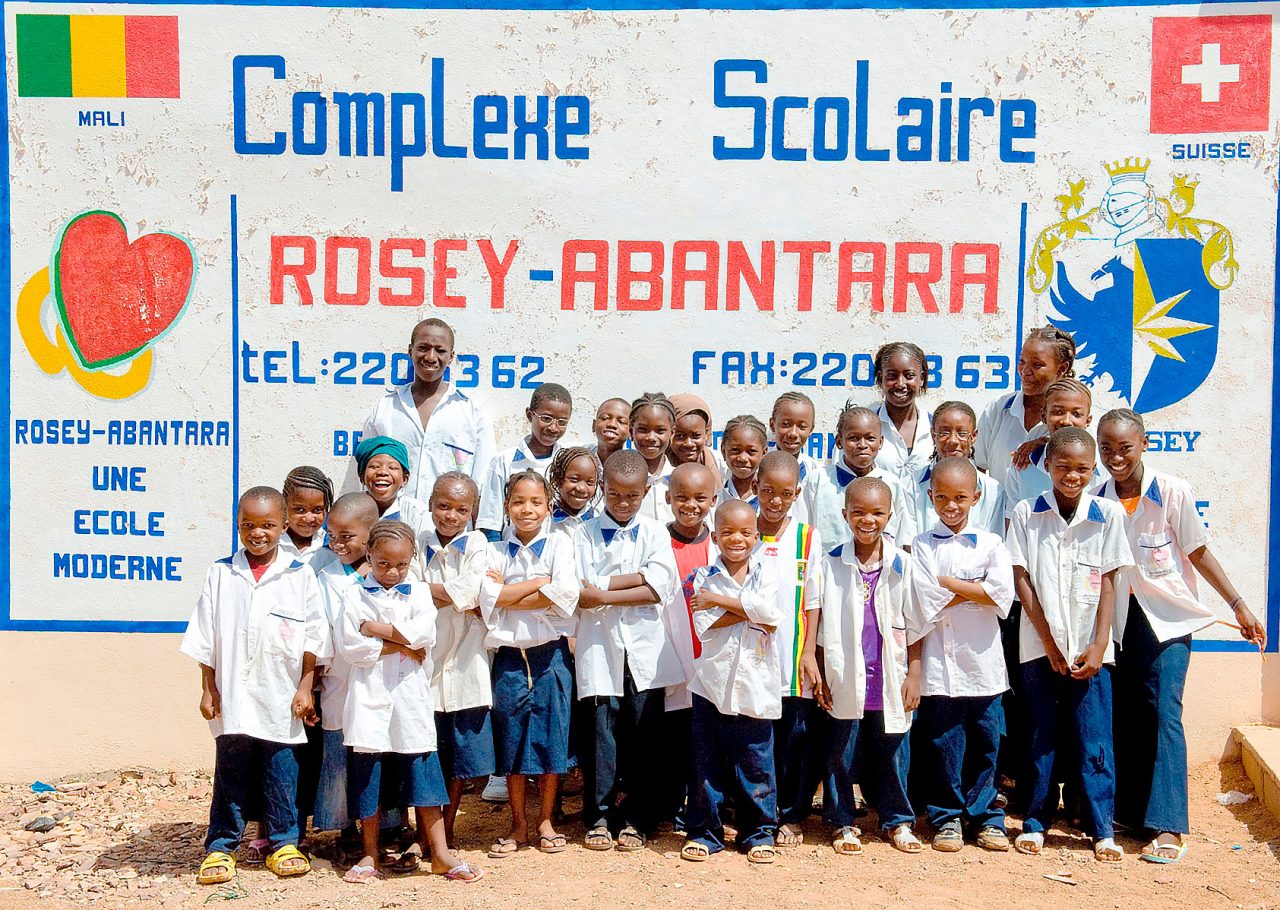 Rosey-Abantara, a story that has been ten years in the making.
The story of Le Rosey, a story of men and women who want to offer a solid education to young Malians.

On which foundations? The very essence of Le Rosey’s principles: exceptional teaching, a greater emphasis on sports, an interest in arts and languages. From the beginning, the Foundation has supported Rosey-Abantara in its primary mission: access to education for all, at the highest possible level.

Winter 2003: First Trip
Year after year, steady progress is made. In 2004: the first groups of Roseans go to Bamako to set up a language cooperation program. In 2005: the foundation stones of the building are laid! An opportunity for students and teachers to make new connections and study languages at the same time.

As the story continues, enthusiastic students and teachers volunteer to share their knowledge and contribute to the learning of languages, English in particular.

With this momentum, a collaborative framework with International Exco EGCC is set up: construction costs and oversight of the building works are optimized. The school can move forward.

In 2007: after successful fundraising and many visits, the building is constructed. Much more than this actually: 4 floors for 50 classrooms, 3 computing classrooms, a science lab, a library. And not forgetting necessary and welcoming living spaces like the dining hall or the theater, ensuring the nourishment of both body and spirit.

Time to raise the curtain on Rosey-Abantara opening its doors in 2009. From there on, exchanges, hard work and success shape and enrich this story.

A community is created: continuous exchanges between students and teachers become possible thanks to technology. Academic scholarships are granted: 125 of the best students of Mali public schools join Rosey-Abantara each year. Over 1 400 youngsters are led to the National Baccalaureate.

Remarkable results. Locally, a success rate clearly superior to other private schools. Internationally, 6 of the 12 French Excellence scholarships for excellence in 2018, allowing these graduates to continue their studies in France.

Over the last few years, the recent political situation forced changes. On-site visits are suspended, except for teachers for whom the close collaboration with their local colleagues remains essential. Nevertheless, the Foundation and Le Rosey continue their action in Mali, moving ahead with plans for the boarding facilities completed in 2019 and most of all for the scholarships at Rosey-Abantara.

The story goes on !

Boarding House
Building a boarding house on the Rosey-Abantara campus was a logical step for the school: to help even more children in difficult situations.

In a two-storey building, groups of 42 girls and 4o boys  reside separately. Each year, some 20 to 40 beds are granted to scholars who live too far from the capital, in conditions that make it difficult for them to succeed in their studies, their parents suffering severe financial difficulties. Fees are charged for the other available beds, thus helping to cover operating costs.

The residents of the boarding school, the teachers and the direction are very enthusiastic about this new chapter, which started in October 2019 with 40 scholars and 13 paying students. 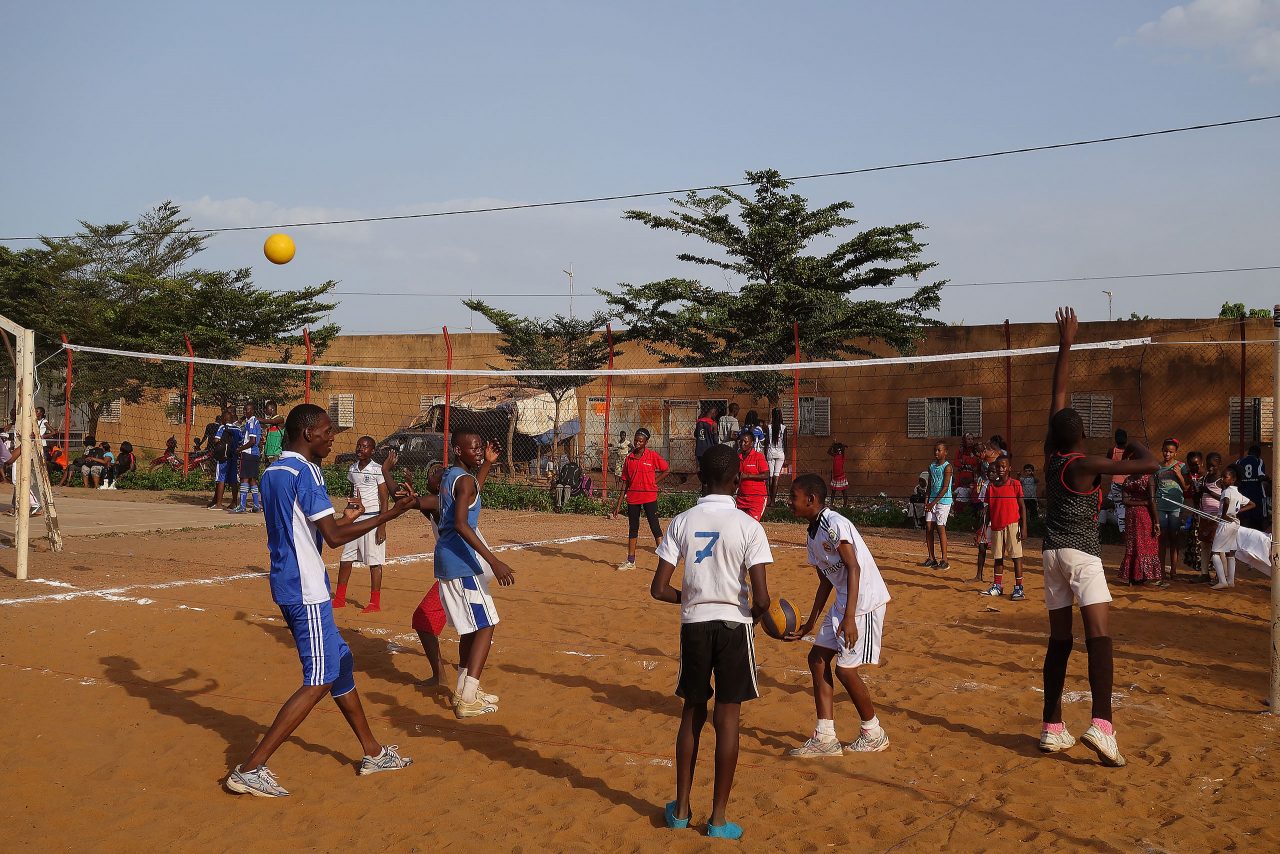 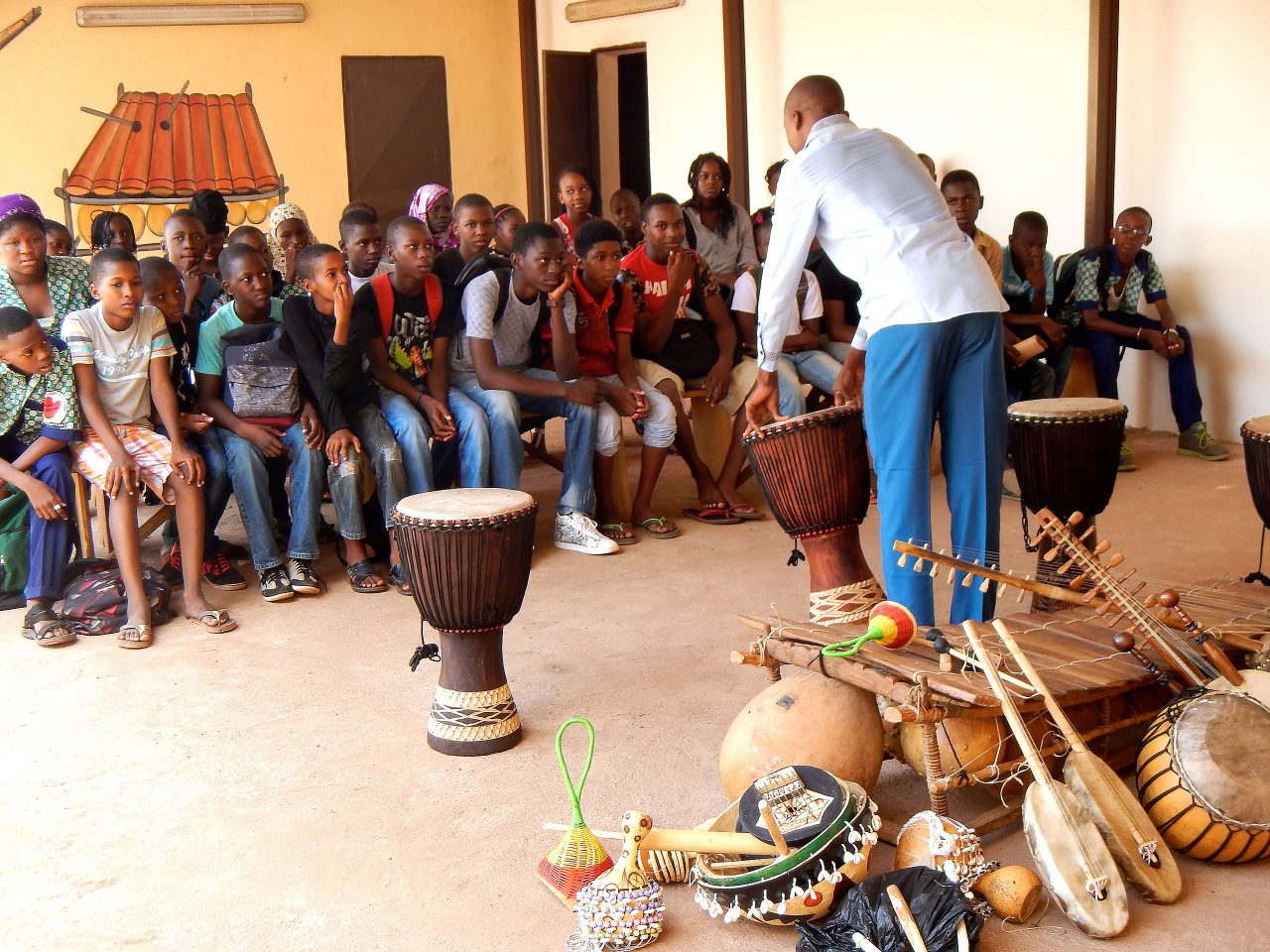 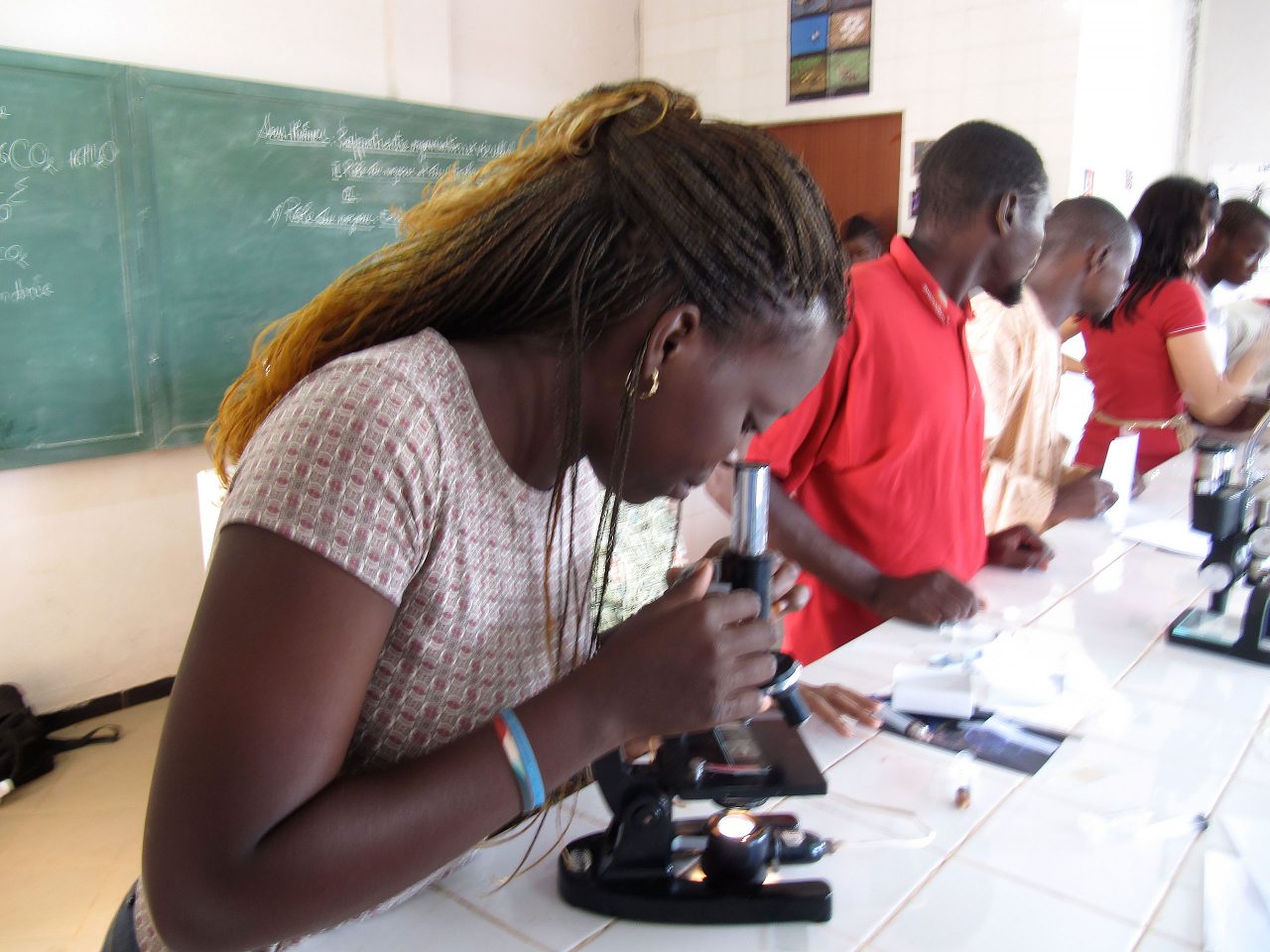 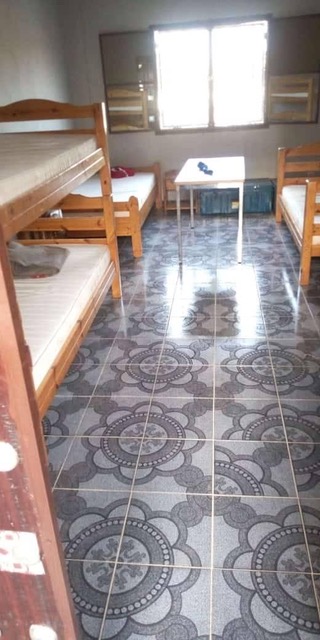 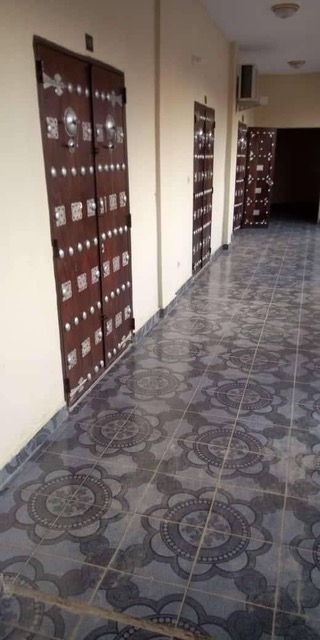 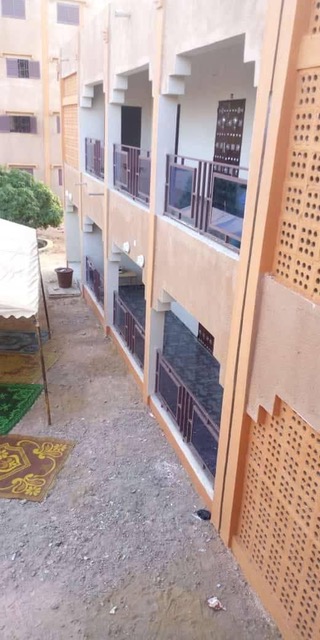 Better Days, a Swiss and Greek NGO creates projects that address the ever-changing circumstances and needs of refugees and displaced communities.

Gekko Kids in Lesvos: a recognized education model praised by UNICEF and the UN Refugee Agency.

Since 2017, the Rosey Foundation has been working with Better Days to challenge existing notions of refugee school set-up and education in emergencies by designing Gekko Kids School. Rosey students were able to go to Lesvos regularly to meet the students and staff. Rosey donations have financed the installation cost, operational expenses and staff fees.

Up to the Spring of 2020, Gekko Kids provided informal, alternative education located in the center of Mytilene, equipped with modern teaching equipment in a beautiful and healing environment. The project was originally founded to support the needs of unaccompanied asylum seeking children (UASC) housed in urban accommodations. In 2018, Gekko Kids opened its doors to refugee children aged 12-18 years old from Moria and Kara Tepe camps. To this day it has provided quality education to over 1250 refugee children of whom 80% are Unaccompanied and separated children.
Support Gekko Kids 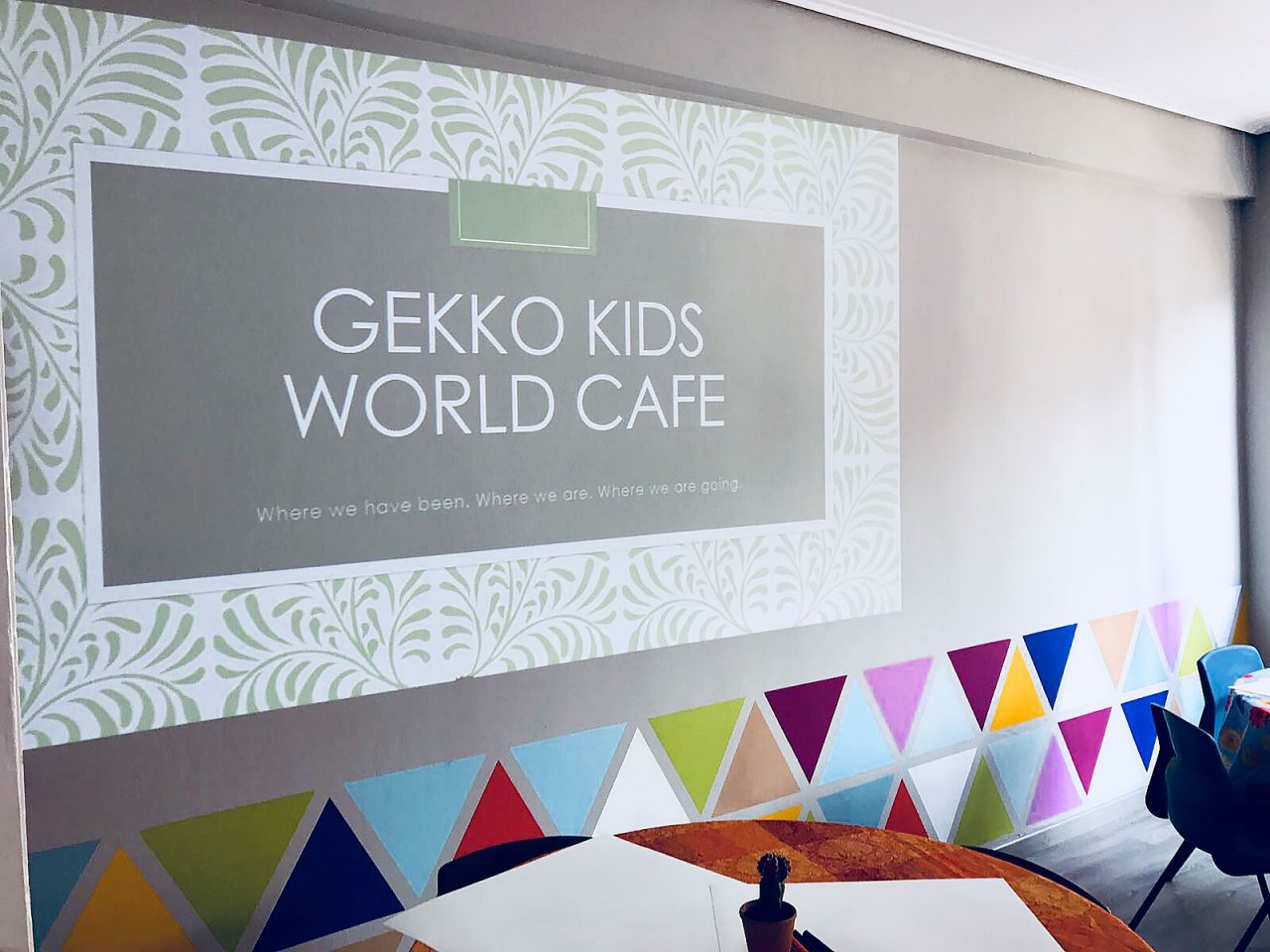 Core Curriculum: focus on student integration into the public system with concentrations in Greek, Mathematics, Computer Programming and Literacy, Geography and English.

Parallel Program: offer access to additional courses and extra-curriculum activities such as Advanced English, Guitar, German, Arts & Crafts and Photography among others. This enables individual flourishing and provides an alternative means of learning for students who are in the process of relocation or reunification with family members in other European countries

Supportive Lessons / Tutorials: facilitate the introduction of students into the public schools system by offering a variety of supportive lessons and tutorials to address any learning gaps as the transition is challenging.

Gekko X: in a nearby facility, this new space hosts Science, Technology, Engineering, Arts and Math subjects with focus to project based learning and experienced based approaches. It also hosts the first ever accredited course in Computers.

Trauma-aware teaching and Social Emotion Learning (SEL): Music, Art, Yoga and Photography gave become means of self-expression, therapy and trauma support. Social Emotional Learning techniques were introduced to the classroom to facilitate further work in that area and ensure teaching in a trauma aware environment at Gekko Kids and Gekko X. This entails capacity building and training, scheduling SEL activities, a child safeguarding policy and referral pathway for further support, educational referrals and so forth.
In 2019, Better Days launched its own custom-made psycho-social support (PSS) program, built around healing and trauma aware teaching. This program is aimed specifically at the students with the most urgent social and emotional needs. Within these cases, some of the most vulnerable children are offered an Individual Educational Plan (IEP). This individualized approach refers to a diverse variety of educational programs, learning experiences, instructional approaches and academic-support strategies intended to address the distinct learning needs, interests, aspirations or cultural backgrounds of individual students.

Gender Empowerment & Sports Development: they were the main area of focus in 2019. The ‘Socrates’ Sports and Development program works with male participants while over 63 female students beneficiated from the Gekko Girls Empowerment Project offering gender specific classes in swimming and cycling.

Unfortunately, in 2020, first the lockdown due to COVID-19, and later on the huge fire that destroyed all of Moria Camp put an end to the existence of Gekko Kids on the island. Better Days continue its tremendous work to help UASC both on Lesvos and on mainland Greece by providing legal aid and emergency response. Other projects are being examined and will be presented in the first half of 2021

We are very happy to announce that Gekko Kids has been shortlisted for the Global Entreps Awards:
”The Global #EntrepsAwards, the ‘Oscar Awards’ to Sustainability, reward the best practices worldwide giving birth, promoting and/or implementing: any of the 17 United Nations’ Sustainable Development Goals (SDGs), a sustainable business or industry, breakthrough digital solutions respectful to Nature and human beings, good governance and engaged citizenship, entrepreneurship, and Science respectful to Nature and human beings. There are 195 recognitions as Best Practice, one per country participating, plus 32 Global Awards for the more impactful, scalable initiatives delivering fine results. 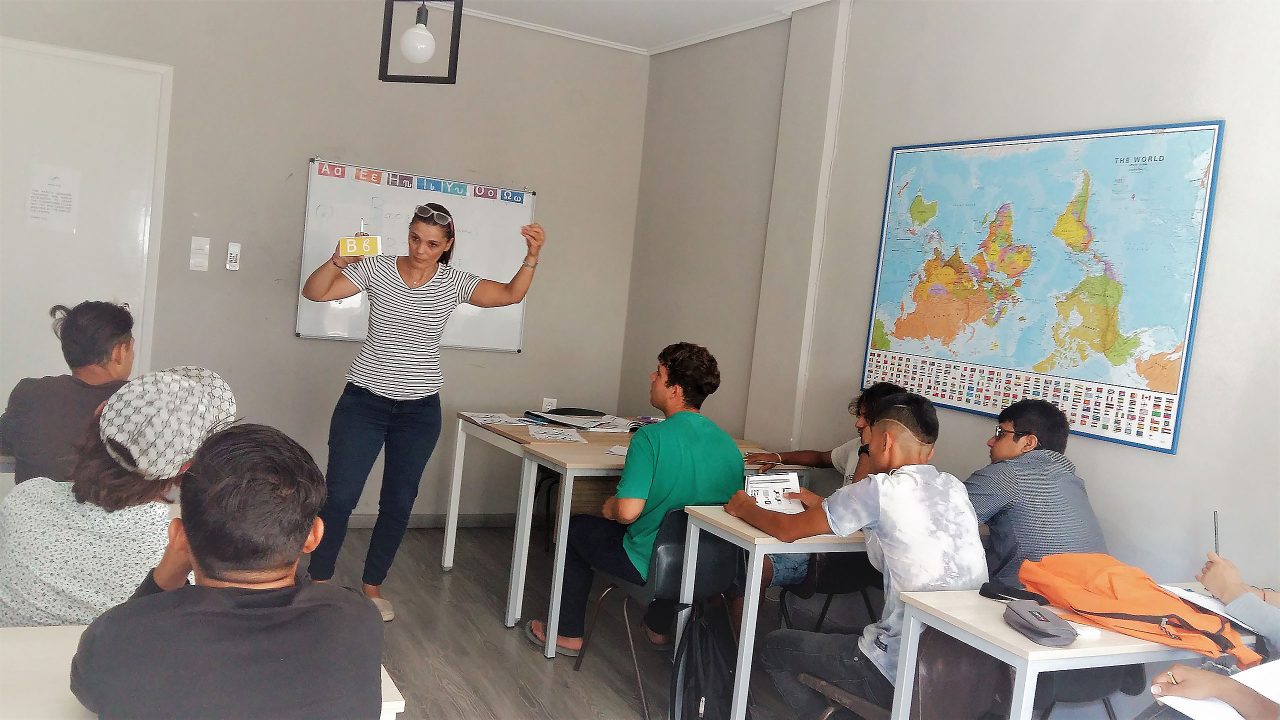 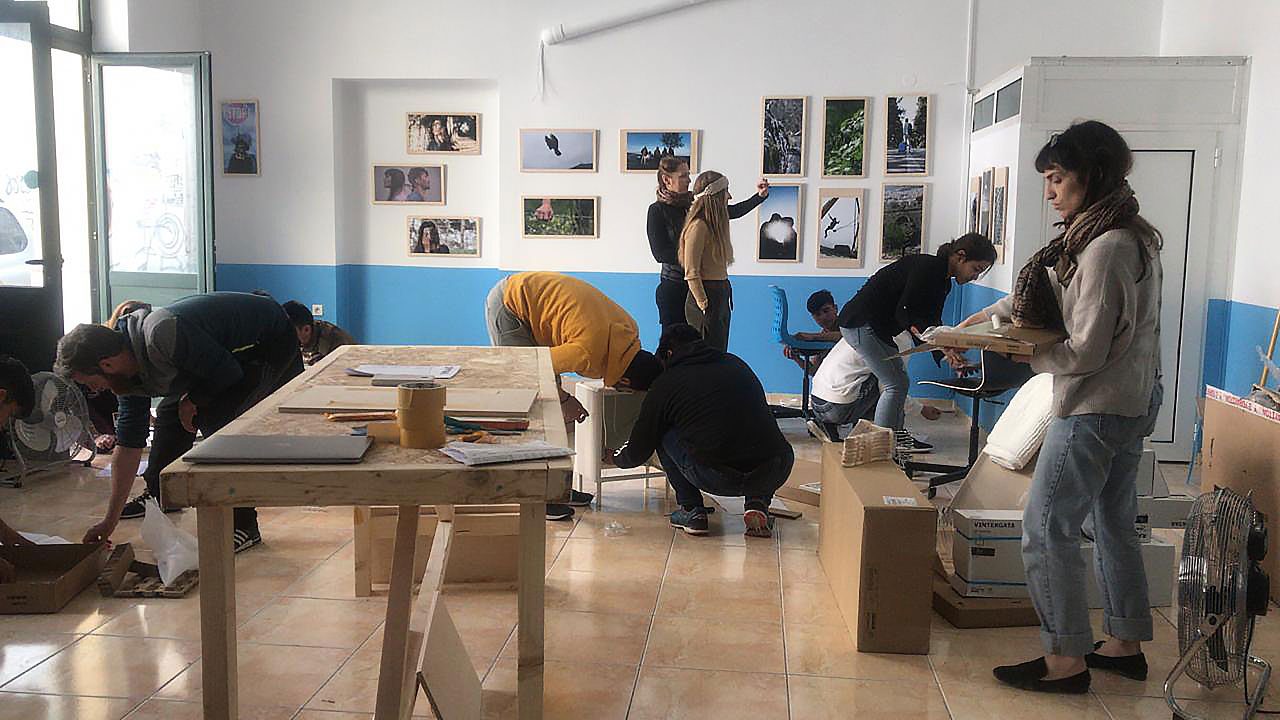 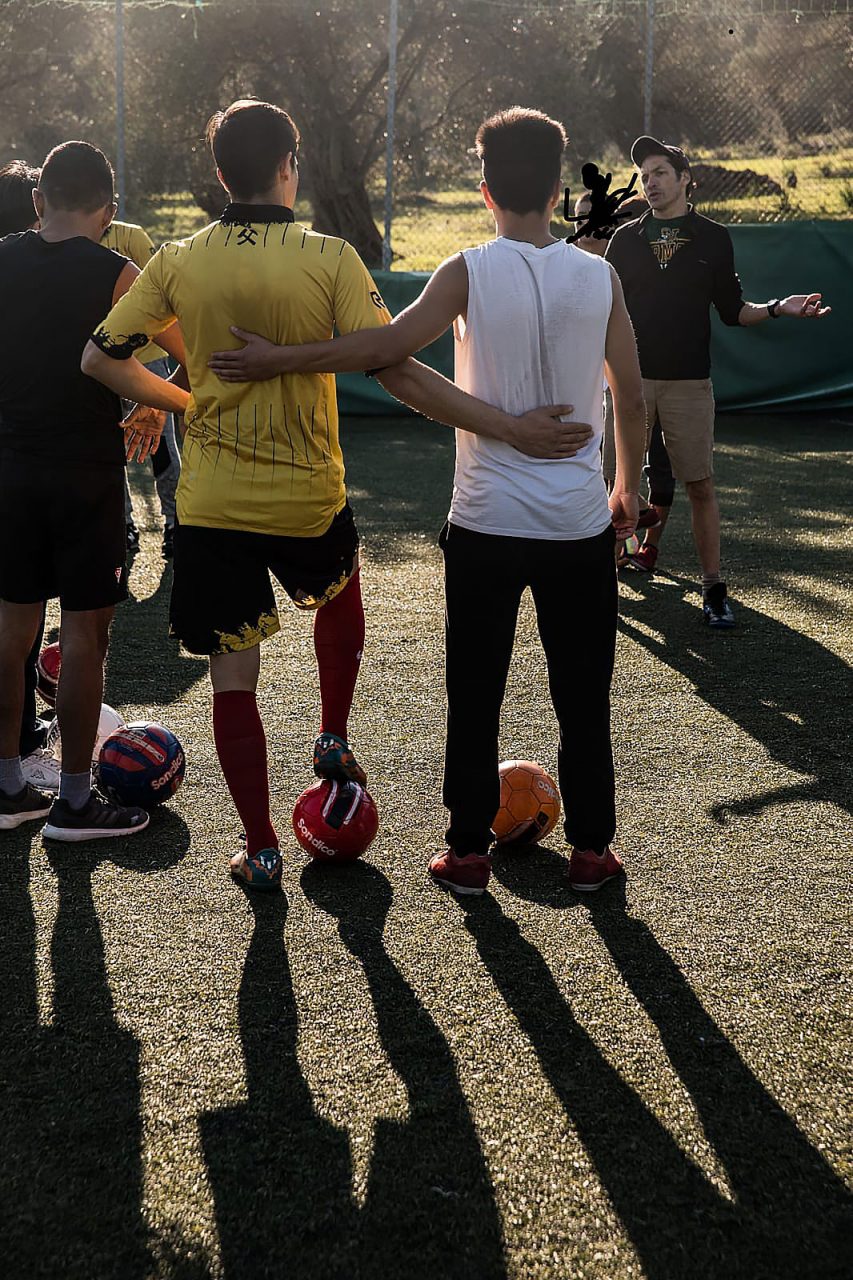 The Maasai Wilderness Conservation Trust (MWCT) works to protect the legendary ecosystems and astounding biodiversity of East Africa. How? Through conservation that directly benefits the local Maasai communities.

MWCT’s one and only aim is to promote a sustainable economy thanks to the conservation of the existing biotope. The Trust therefore funds and operates a range of programs in education, health and conservation.
To learn more about the Trust and its activities, students of Le Rosey have been on discovery trips to Kenya several times. Today, they are striving to develop long term connections with certain local projects. 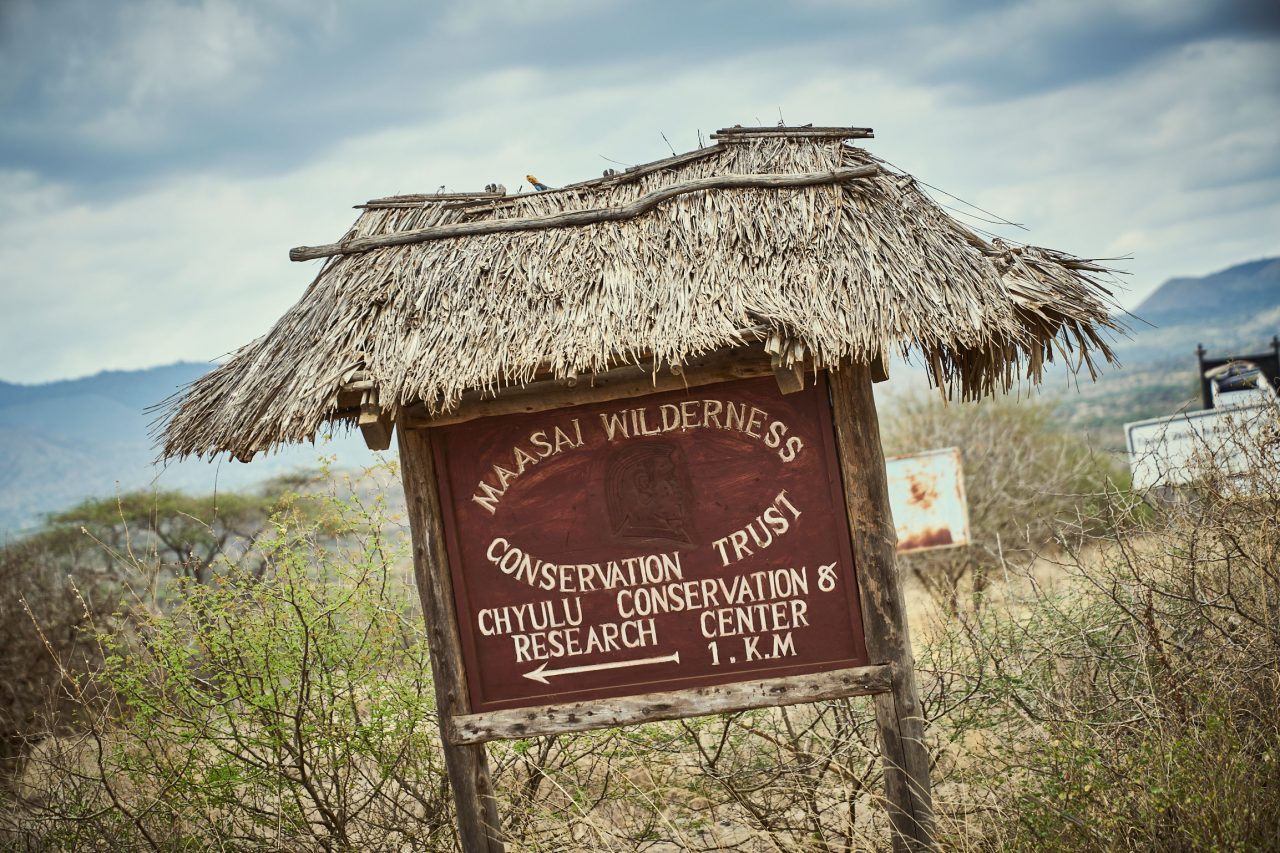 The world increasingly relies on many traditional communities like the Maasai to protect the ecological treasures that exist within the land that they own. But the incredible wilderness and wildlife of Africa’s grasslands and the famous culture of the Maasai people face daunting threats to their long-term survival. Their fate rests with the Maasai themselves as they work to figure out how to benefit from their incredible natural resources while protecting and preserving them at the same time.

That’s what MWCT is all about: to show that the Maasai community can thrive, not just survive, by managing all this wisely, in particular thanks to a pioneering partnership between professional conservationists, like US Board President Edward Norton, and dynamic Maasai leaders.

MWCT’s efforts are focused on the Maasai communities and landscapes of Kenya’s Chyulu Hills, within the world-famous Amboseli-Tsavo Ecosystem. This is Hemingway’s “Green Hills of Africa”, deep cloud forests on hills over the savannah teeming with wildlife and Kilimanjaro rising out of the plains.

Le Rosey students have been on discovery-week trips to Kenya on many occasions to learn more about the activities of the Trust. It is their wish to develop long term connections with a number of local projects.

MWCT ensures a sustainable economy and the conservation of the ecosystem for the Maasai communities of Kenya!

Lately, the Foundation has contributed through a Fundraiser Gala in February 2020 to the Tree Nursery project. From seed to tree, the MWCT team looks after young plants with the goal of reforesting the forest that suffered from active deforestation. In partnership with the REDD+ project. http://maasaiwilderness.org/programs/carbonproject/ 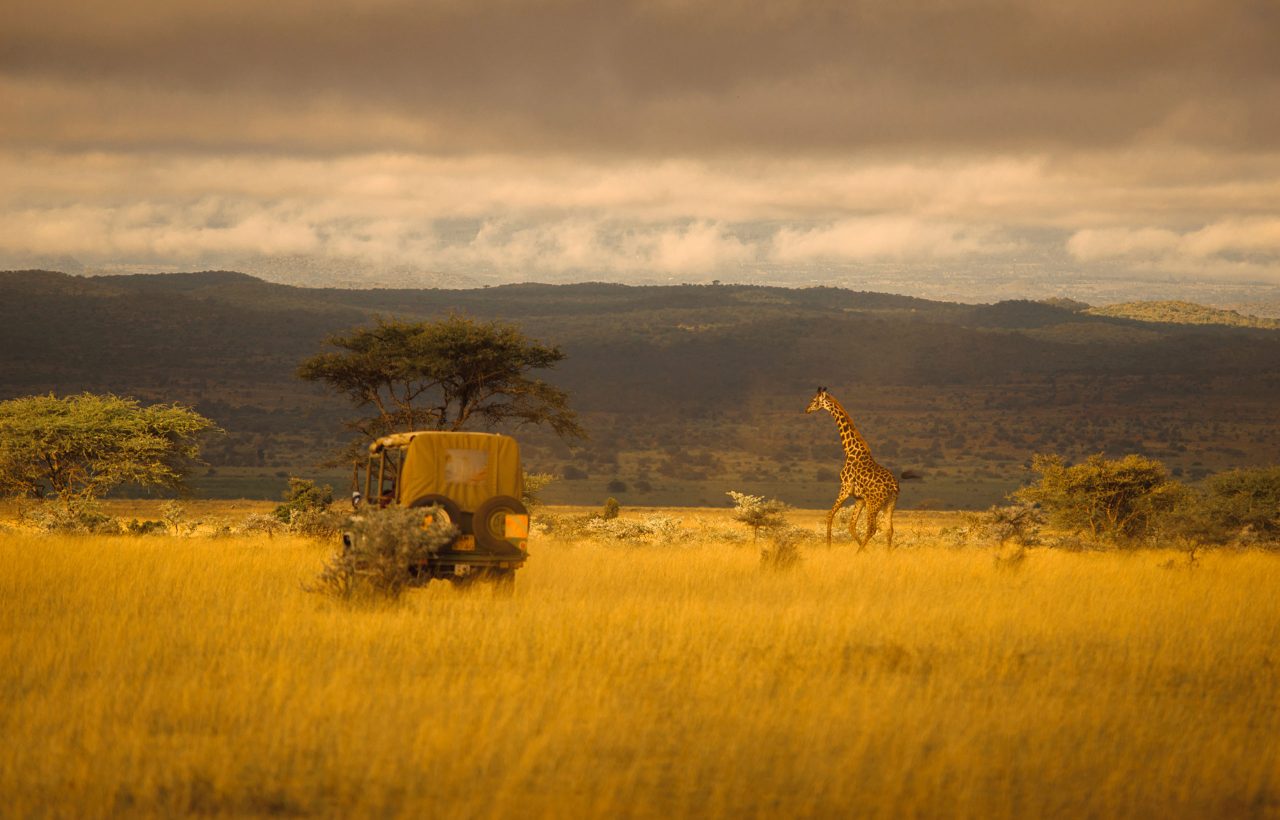 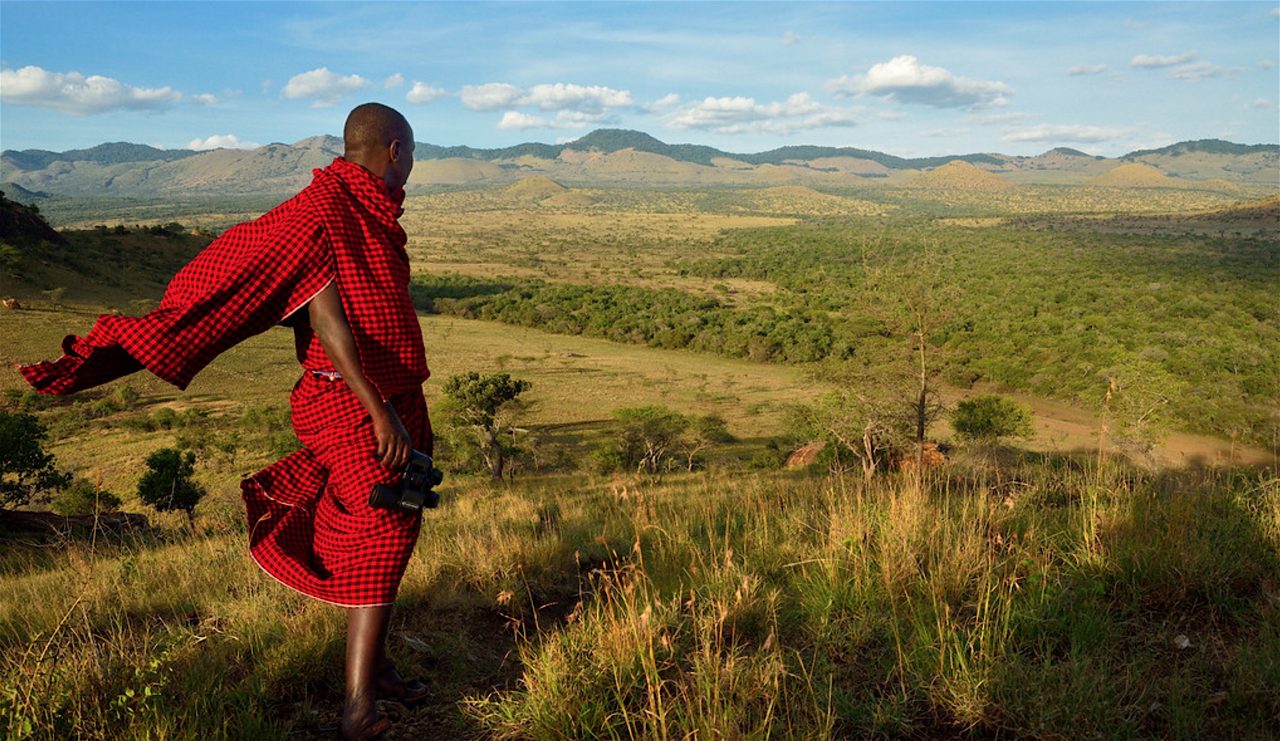 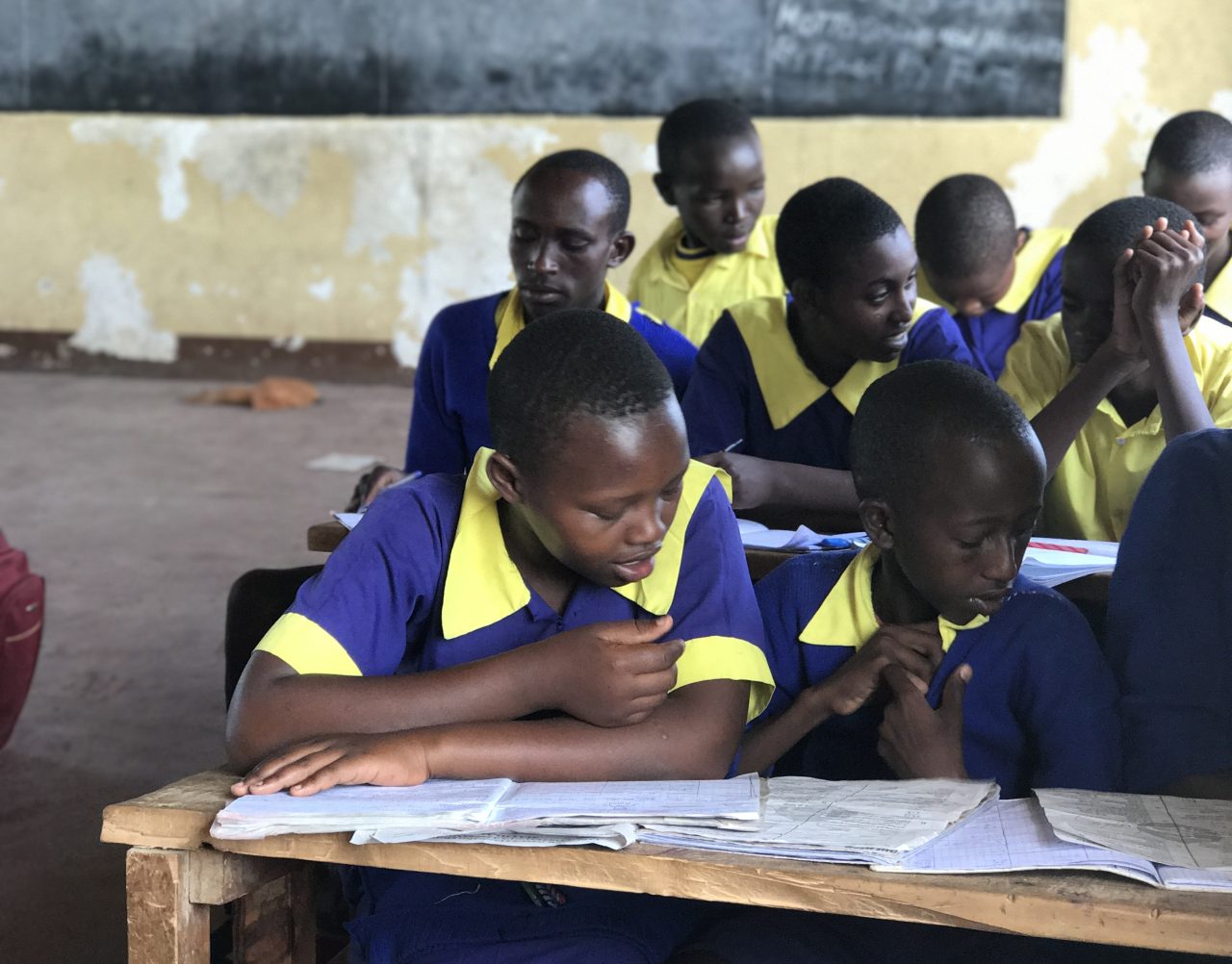 This site uses cookies to provide you an optimal browsing experience. By continuing to visit this site, you agree to the use of these cookies.